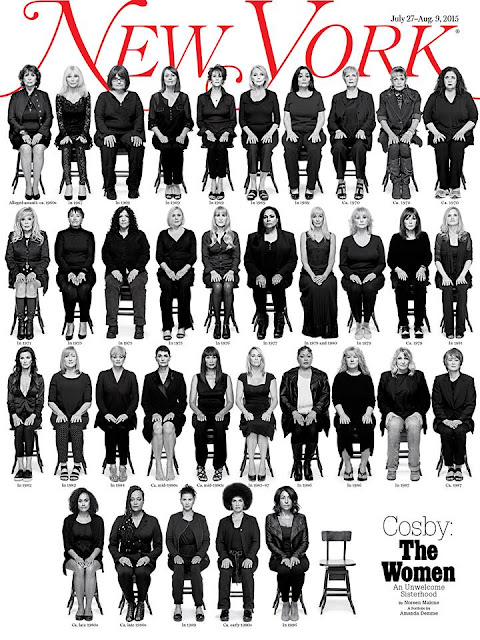 So far, 46 women have come forward to accuse Bill Cosby of sexual assault, in some cases, according to a recently unsealed deposition, with the aid of Qualuudes—a powerful sedative that can render a person functionally immobile. But these allegations are by no means new, with some stretching back decades—to a time when the culture of rape in America left victims little recourse but to suffer silently, and in shame. Today, the way we think and talk about rape has evolved, creating a safer space for survivors to feel empowered by speaking up, reclaiming their victimhood. And that’s led us to here. Of the 46 women who have come forward to accuse Cosby, we spoke to 35 of them — “a sorrowful sisterhood” of women united by their dark experiences, steadfast in their resolve to remain silent no more

It should. Bill and Camille Cosby need to pull their heads out of the sand and talk about this.
Come clean.