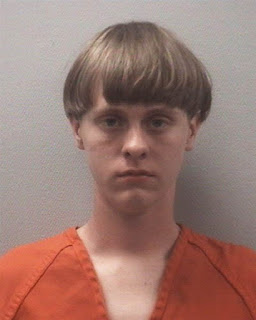 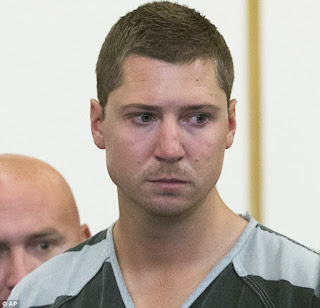 So, Dylann Roof, you know the guy who killed nine people at the Emanuel AME Church shooting, had the nerve to plead 'not guilty' to federal hate crime charge.

Really? I thought he was doing this for the White race. I thought he would plead guilty with pride... I guess he ain't about that life after all.

Then, Ray Tensing, the guy who shot and killed Sam DuBose also plead 'not guilty'. His body cam proved otherwise, but I guess he's feeling lucky. His bond was set at 1 million dollars, but somehow/someway the 10% was paid. His father posted the $100,085 to get his son out of jail. Rumors speculate that money was raised to post bail.

Ray is using the Cop Excuse: I feared for my life meme, which is ridic and tired. However, his defense will probably wear that line out in court. I just hope it fails.

These two horrible men look as if they are not developed to me . Racism is a disease of the mind.