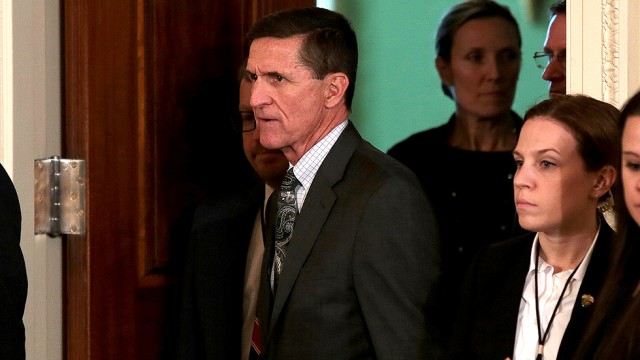 
Flynn's future at the White House had been the topic of discussion all day, after reports that he had talked about sanctions against Russia with the country's ambassador before Trump was sworn in.

Those reports contradict his earlier comments that he never discussed the topic with Russian Ambassador Sergey Kislyak during a series of phone calls the month before Trump took office.

Vice President Pence stood up for Flynn in January and told CBS that Flynn never spoke about sanctions during his calls to Russia.
The New York Times reported Monday night that Pence was angry that he defended Flynn and embarrassed by the information Flynn withheld from him.

Trump was silent for most of Monday on the embattled Flynn, but press secretary Sean Spicer told reporters he was conferring with the vice president. 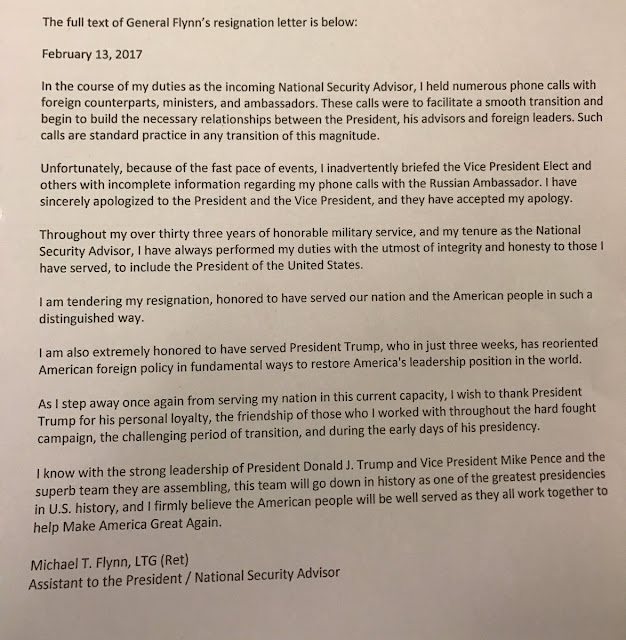