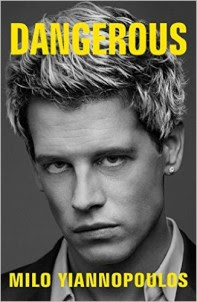 When you think you're bigger than life... Life let's you know who's in charge.

Yes, that $250,000 book deal with Threshold Editions, an imprint of Simon & Schuster, was dropped quickly after a video of him defending pedophilia popped up this past weekend.

Milo confirmed the news on Facebook, saying simply, "They canceled my book." 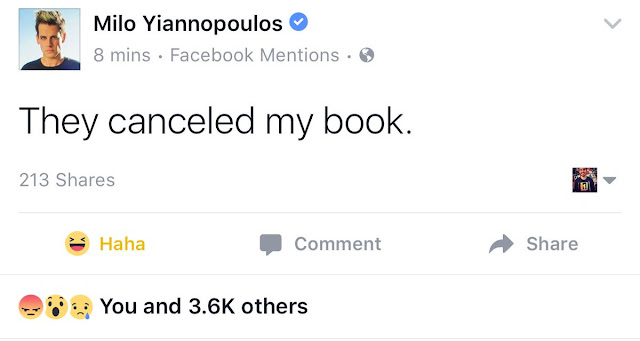 This was S&S short statement:


“After careful consideration, Simon &Schuster and its Threshold Editions imprint have cancelled publication of Dangerous by Milo Yiannopoulos.”

I have never seen this guy speak until a recent appearance on Bill Maher's show. I read his whack ideas, but to see him speak them revealed to me he is yet another mentally ill person being given a public platform. He lacks humanity and humility.