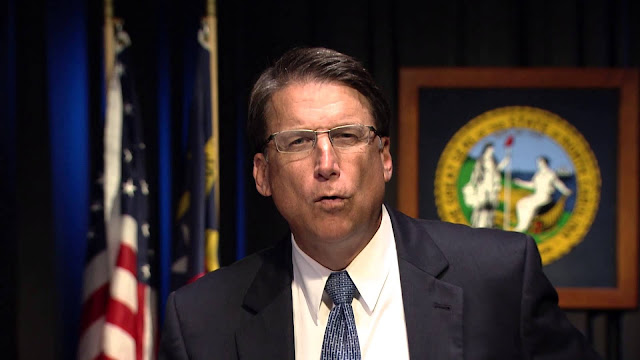 Well, the GOP in North Carolina is continuing their foolishness when it comes to gay marriage.

They just voted to override Gov. Pat McCrory's veto of Senate Bill 2. This bill will allow public officials the option to not marry gay couples because of their religious beliefs.

Even though they are sworn by over to do their job this bill allows them the ability to refuse this duty. Now it's not over, this bill will be challenged because it's considered unconstitutional, but for now the LGBT community in North Carolina have to endure this mess.
Posted by Wonder Man at 9:19 AM