Are Michael Sam & Vito Cammisano Over? 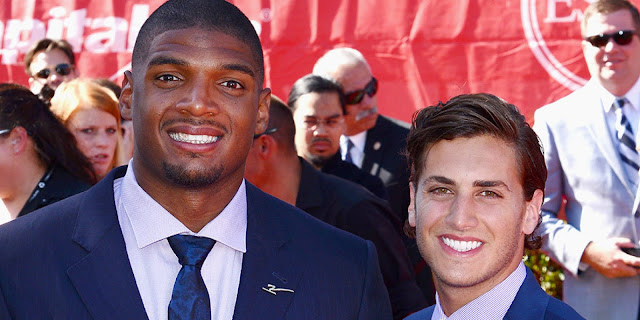 The streets are talking and their saying that Michael Sam and Vito are over.

TMZ Sports gave a few clues to fuels this rumor.

Clue #1 -- Michael has REMOVED several affectionate photos of himself and Vito from Twitter and Instagram recently, including their famous engagement pic taken at St. Peter's Basilica.


Clue #2 -- The couple hasn't been spotted together in almost 2 months ... even when Sam left the Montreal Alouettes under mysterious circumstances earlier this month. Bizarre for an engaged couple, right? Also, no tweets of concern or support from Vito.


Clue #3 -- Vito, an aspiring video blogger, just published his very first YouTube video this week ... and he's not wearing his engagement ring. Again, unusual for Vito, who had been sporting the ring EVERYWHERE ... from the Vegas pool scene to hikes at L.A.'s famous Runyon Canyon.

I imagine all the press and scrutiny didn't help in their relationship.