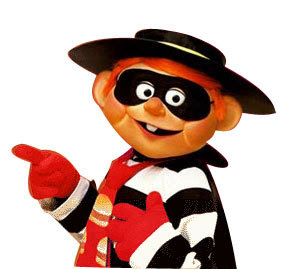 The California Family Council ain't helping nobody but themselves. Check it out:

Since 2003, the public has given the Riverside, Calif.-based California Family Council (CFC) nearly $3 million to support charitable work that the organizations says "protects and fosters judeo-Christian principles in California's laws." But, according to its federal tax returns, little more than $500,000 of that money has gone to "program services," or expenses directly related to that charitable work.

In contrast, the CFC's top two employees, including its founder and executive director, Ron Prentice, were paid a total of $1.1 million over four years. The CFC's other employees earned a total of $900,000 in compensation -- bringing the total spent on employees at the Council to about $2 million since it began in 2003.

To meet financial accountability standards, watchdog groups like the Better Business Bureau's Wise Giving Alliance say at least 65 percent of a tax-exempt organization's expenses, or most of the money it spends, should go to program services. The CFC's tax returns, however, show the opposite: the Council's employees have received about 70 percent of the money the organization has spent over the last four years and only about 18 percent has gone to program services.

In its first two years, the CFC reported spending nothing on program services, despite receiving approximately $1.6 million in donations.

Crooks, Thieves, Vandals and everything else evil! They are truly not thinking about the family unless it's theirs.
Posted by Wonder Man at 6:17 PM